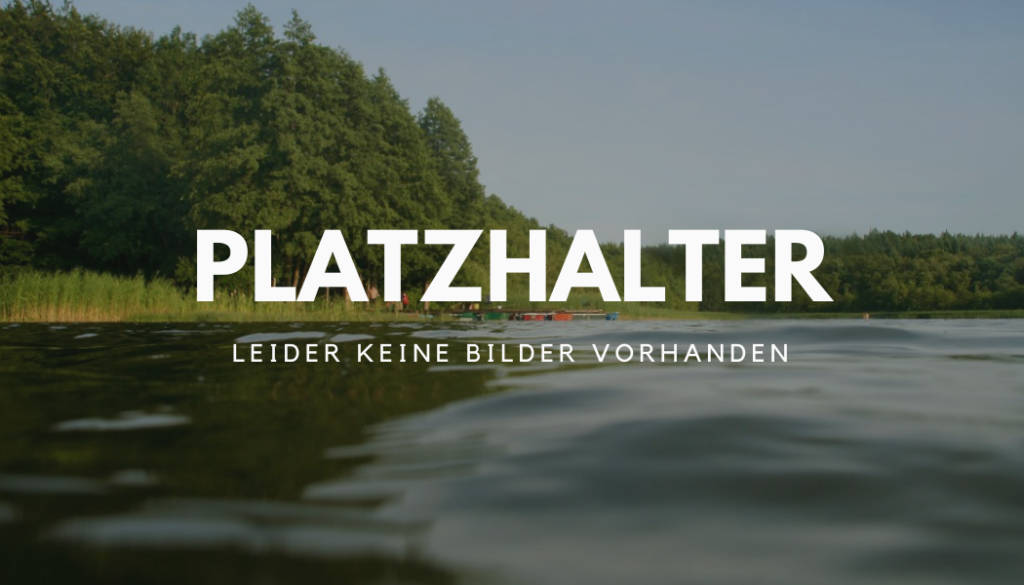 The name “Hornshagen” deprives from the Middle Low German “-hagen”, meaning a hedge, bushes, underbrush, or fenced in land. Villages with the suffix in their name were usually created by clearing wooded areas.

To this day, the domain Hornshagen is surrounded by 46 hectares of woodlands, which, as a part of the German Wildlife Foundation, is an official bird sanctuary that offers a valuable refuge for wild animals and plants in the middle of an intensively cultivated landscape.

Hornshagen, first mentioned in 1312 belonged to Mildenitz since the Middle Ages, and came into the possession of the Counts of Schwerin in the middle of the 17th century. Otto Alexander Count of Schwerin-Wolfshagen (1737-1819) built the outlying estate Neu-Hornshagen (New Hornshagen) in 1770.

The house itself is an eleven-axis brick building surrounded by a park and was made available to the respective manager of the estate. The farm was notable for its breeding of Ammerländer pigs.

Between 1946 and 1968, after the expropriation in 1945, the estate was used, amongst other things, as an elementary school, teachers accommodations, apartments for new settler families that had originally come as war refugees from the east, a kindergarten and a general store.
Since then, the Hall has been used as a private residence. 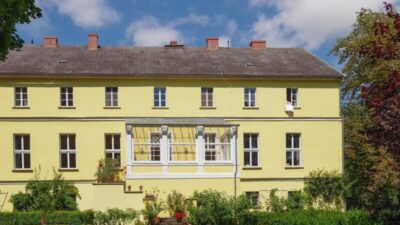 Between 1840 and 1945, the estate was owned by the Count of Schwerin-Wolfshagen. 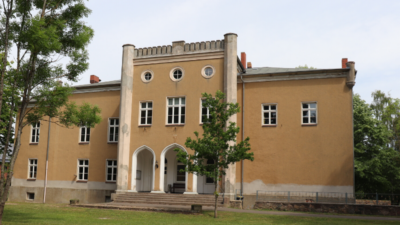 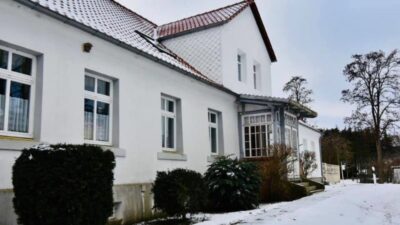