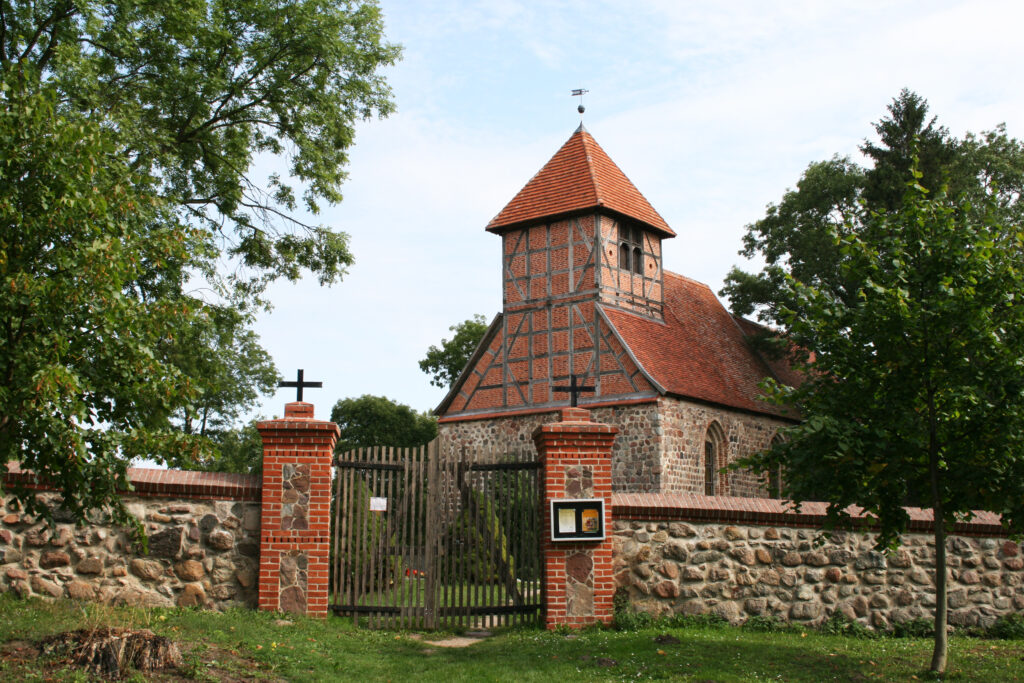 The northernmost reservoir of Germany is surrounded by the Brohmer Hills, in the town of Brohm. The name “Brohm” comes from the slavic word for “gate”, thus probably meaning the gate to the hills. Whether the place actually deserves the name is up to the visitor, but it is clear that location couldn’t be more idyllic.
In 1969, the foundation stone for the first dam in Northern Germany was laid here. The earth dam is 370 metres long and 12 metres high and forms the head of the 33 hectare reservoir, originally it had to provide irrigation. It was completed in 1972 and since then the traditional Staufest (Dam Festival) has been celebrated annually every June.
In 1997, the outer dam was dismantled and a fish ladder was built, resulting in the so-called Brohmer water terraces.

The church in the village of Brohm dates back to around 1250, with its Romanesque and early gothic elements. It’s role was chiefly to convert and educate the local Slavs to Christianity.
After the 30-Years War (1618-1648), the village lay desolate for nearly 80 years and was only revived when the local lord, Christoph von Rieben had it rebuilt and gave the church a rich baroque interior. It has been a listed monument bz the German foundation for monument protection since 1997.

Located in Brohm is the Star Camp – a natural campsite for tents, mobile homes and caravans. You will also find holiday apartments and rental caravans there.
Tel.: +49 3968 210068 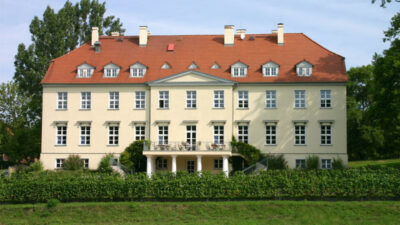 Live and enjoy like a lord of the castle - if this wish lies dormant unfulfilled, then you shouldn't hesitate any longer. 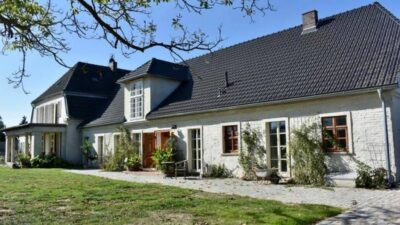 The nameless outlying estate was named after Charlotte von Oertzen in 1826 and belongs to the municipality of Schönbeck. 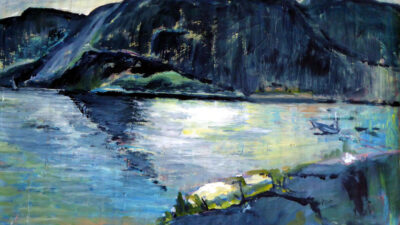 The Little Gallery Brohm is an initiative of the “Kultur- und Heimatverein Brohm e.V.” (association devoted to the preservation and maintenance of culture and regional traditions) and was founded in 2002.